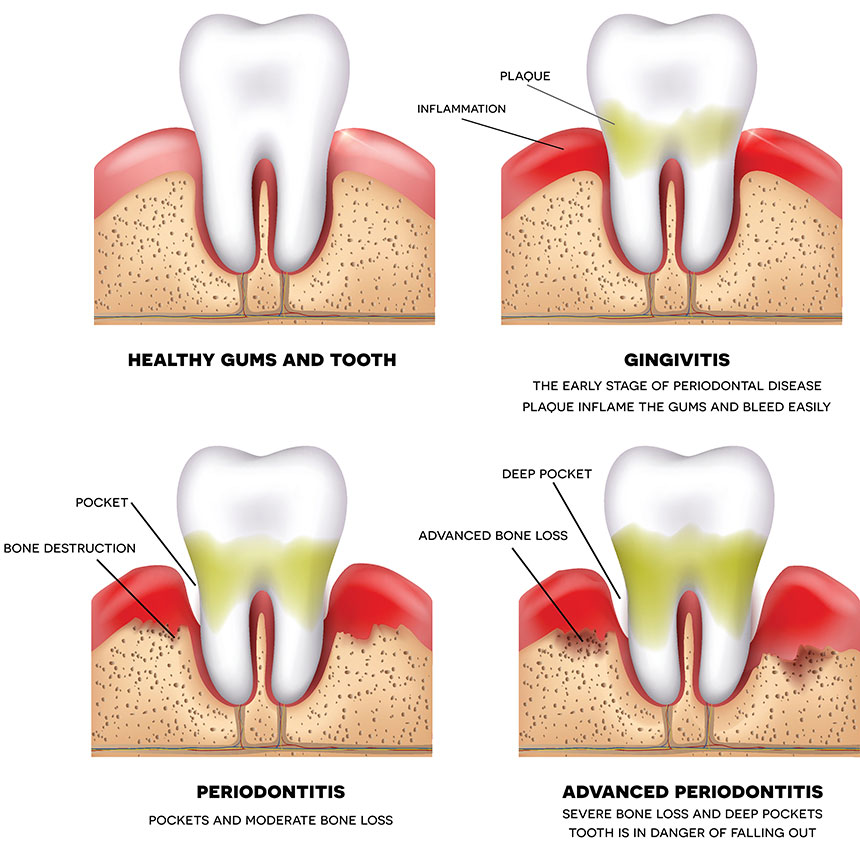 Periodontal (gum) disease is an infection of the gums starting as plaque and eventually progressing to hard deposits called tartar. As tartar builds up, it harbors bacteria that attack the gums. This is the early stage of gum disease known as Gingivitis. Left untreated, Gingivitis progresses to Periodontitis which ultimately destroys the tissue surrounding your teeth AND the bone that holds your teeth in place. Bad breathe and bleeding gums are early signs of gum disease. The disease progresses silently, often without pain, making your exams and cleanings extremely important for early detection of periodontal disease.